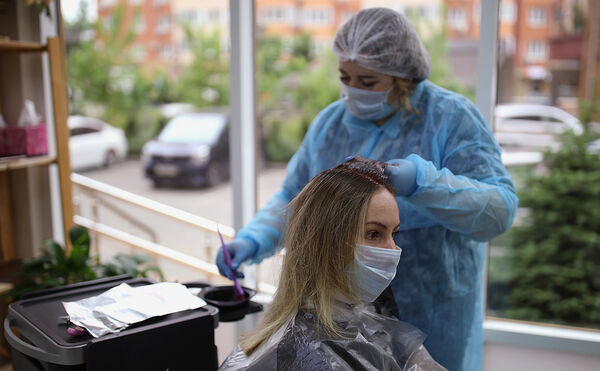 KB Strelka experts assessed Russian cities by the degree of budget resilience to the crisis caused by the pandemic. The more the city has its own income from personal income tax and income tax, the higher its risks in such a crisis, they say.

The pandemic crisis has led to an increase in unemployment, a drop in household incomes and revenues of enterprises, which is inextricably linked with a reduction in the income base of Russian cities. As it turned out, the more autonomous the city's budget and the more it has its own sources of income, the stronger the vulnerability to the crisis, say experts from the Center for Urban Economics KB Strelka, who evaluated the potential impact of the pandemic on city budgets in the study.

How the pandemic vulnerability was calculated

KB Strelka experts took into account the risks of falling budget revenues of Russian cities, relying on the methodology of a similar study conducted by the Washington think tank Brookings Institution. American experts calculated the potential impact of the COVID crisis on municipal budgets in the United States based on two factors - the share of employment in the industries most affected by the crisis and the share of income tax and corporate income tax in the budget.

To compile a rating of the vulnerability of Russian cities, experts from the Center for Urban Economics KB Strelka estimated the share of tax revenues that are most likely to decrease due to the pandemic crisis in the city budget revenues. We are talking about a reduction in personal income tax revenues due to a decrease in employment in industries recognized as the most affected by the pandemic, as well as corporate income tax due to a decrease in the income of enterprises in the affected industries. When calculating the degree of vulnerability, analysts divided Russian cities into several groups according to the size of the urban population (from 250 thousand to 1 million people, from 100 thousand to 250 thousand, etc.) and the type of municipal entity.

The final assessment of the degree of vulnerability of the budget to the pandemic crisis, KB Strelka analysts received 976 out of 1117 Russian cities. Three federal cities were excluded from the calculation - Moscow, St. Petersburg and Sevastopol, which are not municipalities and have a fundamentally different budget structure.

Among the largest Russian cities (with a population of over 1 million people), KB Strelka recognized Omsk, Krasnoyarsk and Volgograd as the most vulnerable to the pandemic crisis. At the same time, the most stable, from the point of view of analysts, were Voronezh, Samara and Rostov-on-Don.

Among the large cities of Russia (population from 250 thousand to 1 million), Murmansk, Sochi and Yakutsk are at risk of losing a significant part of their income due to the crisis, while Smolensk, Vologda and Tver, on the contrary, have, from the standpoint of the authors of the study, low vulnerability.

In the group of cities with a population of 100,000 to 250,000 people, the city budgets of Ussuriysk, Norilsk and Severodvinsk became the main outsiders in terms of strength. The strongest positions of such cities as Kaspiysk, Almetyevsk and Bataysk.

Cities outside the ranking

In addition to cities of federal significance, the ranking did not take into account three cities that received city status in 2019 and later: Beloozersky (Moscow Region), Kurchaloy (Chechnya) and Murino (Leningrad Region). This is due to the fact that the calculations use budget data for 2018. Another 135 cities (two large, 12 large, 24 medium and 97 small) were not included in the calculation and did not receive a final assessment of the degree of vulnerability of the municipal budget to the crisis, since there was not enough data on budget execution for them in open sources or the data contradicted each other (the sum of different types of income exceeds the total income).

Budget independence as a risk factor

The city's property revenues (land tax, property tax of individuals, income from the sale and lease of property) are less subject to fluctuations due to the economic situation, the study notes. Therefore, cities whose own incomes are 50% or more

rely on sources not related to income from personal income tax, income tax and tax on total income (346 cities, 35% of all analyzed), turned out to be less exposed to the threats caused by the pandemic, they add.

Dependence on its own sources of income makes the city's budget vulnerable only if these incomes are generated at enterprises that were subject to administrative restrictions during the quarantine period, says Andrey Piskunov, managing director of the NKR agency's ratings group. “As a rule, the most affected sectors, which also have a high share of small and medium-sized businesses, make very little contribution to the city budget,” he emphasizes. The pandemic crisis has seriously hit the enterprises of the service economy, which are "in the shadow", but the budget does not see tax revenues from them, he notes.

The city may have several large industrial enterprises that did not stop working during the quarantine period and continued to generate tax flows from profits and pay salaries. “An example is Lipetsk. NLMK did not stop working in quarantine, but simply strengthened security measures. At the same time, the city's budget is based on deductions from NLMK, ”Piskunov notes. The rating should take into account the criterion of external support for municipal budgets from the constituent entity of the Russian Federation and, in general, the state of regional finance, he continues. In addition, it is important to assess the severity and depth of quarantine restrictions for each city, Piskunov said.

Almost all cities with a population of over 50 thousand people expect a shortfall in income this year, but it is too early to draw concrete and well-grounded conclusions, since there are no reliable statistics yet, says Irina Ilyina, director of the Institute for Regional Studies and Urban Planning at the Higher School of Economics. “The rating is built on tentative data, and this is emphasized in the key indicators used: the share of budget revenues that may be affected by the crisis; assessment of the degree of potential fall in the tax base. That is, the presented rating is not based on actual data, ”she points out.

The service industries were recognized as the most affected by the crisis caused by the pandemic: they had a hard time going through quarantine (a drop in revenue, a reduction in staff, in the worst case - a closure) and may face problems in the future as a result of a drop in consumer income, KB Strelka experts state ...

From the point of view of the sustainability of city budgets, the advantage in this situation was gained by the cities, in the structure of the economy of which production and the b2b sector prevail in terms of employment and revenue, for example, Voronezh and Samara among cities with a population of over one million or Smolensk and Vologda among large cities, the authors of the study note. "There is only one general recommendation for city administrations that can help cope with various economic problems - diversification of the structure of the urban economy," analysts emphasize.

A decline in the level of economic activity in the urban economy is formed primarily in the service industries, as well as in the small business and self-employment sector, therefore, the dependence of local budgets on income generated in these sectors can become a significant risk factor for imbalance in local budgets, Ilyina agrees. The structure of sources of income for local budgets in cities is very different. “It is unambiguous that the budgets of cities are now in the“ risk zone, ”where a significant share of budget revenues depends on the activity of small businesses,” she adds.

A diversified urban economy does help to better overcome the crisis, Piskunov agrees. The city administration can influence the development of small and medium-sized businesses by improving the urban environment. “It simply cannot influence the diversification of the urban economy as a whole, having inherited the structure that was laid down in Soviet times,” he believes.