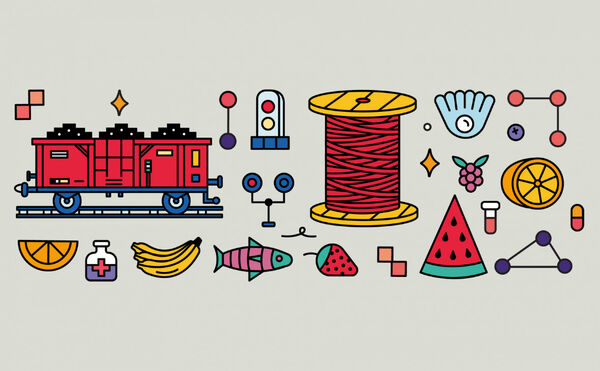 RBC magazine presents the fifth ranking of the fastest growing companies in the country. The list of growth champions this time has been updated to a record - almost 90%. Newcomers include Bristol, Erkafarm, VseInstrumenty.ru and Royal Flight

The printed version was published in RBC magazine No. 12 for 2018

The rating of growth leaders in 2018 turned out to be a record one in a number of indicators - from the total revenue of participants and the average annual growth rate of the business to a dramatic renewal of the list of participants (only seven companies remained from last year's list) and maximum territorial coverage. Many records are a consequence of being included in the list of such a giant as X5 Retail Group. The Krasnoe & Beloe chain remains the only company that has been on the list of fastest growing five times in a row, increasing its revenue more than seven times during this time.

The method of compiling the list has not changed over the last year, the time period has changed quite a bit (2013 disappeared, and 2017 was added).

2. Last year's leader of the rating, the builder of infrastructure facilities "Bamstroyput", this year lost in income and did not make it into the top 50 at all. Its place was taken by the First Heavyweight Company (PTK), one of the country's largest railway operators. The average annual growth rate of PTK's revenue turned out to be higher than that of Bamstroyput - 214 against 163%. It is noteworthy that until the end of 2016 the legal entity PTK - Vostok 1520 - was part of the United Wagon Company (UWC), one of the leaders in the ratings of the previous two years. This time, UWC was not included in the list due to involuntary state ownership: its main shareholder - structures affiliated with FC Otkritie - ended up under the control of the Central Bank due to the reorganization of the parent organization.

3. The aggregate average annual growth rate of the top 50 this time also turned out to be a record: 76 against 48% a year earlier, 69% in the 2016 rating and 63% in the 2015 rating (it is incorrect to compare the 2014 rating with subsequent ones due to the smaller number of participants - then the list was limited to 30 companies). In terms of growth in the last year of the three-year sample, the current rating yielded only the year before last: 58 against 68% in the 2016 rating.

5. X5 Retail Group is the undisputed leader in the ranking in terms of revenue (RUB 1.295 trillion). But the list included three more retailers with revenues of more than 100 billion rubles. in 2017 - Lenta (RUB 365 billion), Krasnoe & Beloe (RUB 210 billion) and Detsky Mir (RUB 101 billion). Large business representatives from other industries were not included in the list. And in the aggregate of companies with revenues of more than 100 billion rubles. twice more than a year earlier, when only Lenta and Red & White were included in the list. In the year before last, there were four such participants in the top 50, three years earlier - six.

6. Unlike last year's rating, when all participating companies turned out to be profitable at the end of 2016, this time two representatives of the top 50 suffered a loss in 2017 - the retailer Lenta and the woodworking company Ultralam. The aggregate net profit of the list exceeded 57.2 billion rubles. - 21% more than last year. The record holder according to this criterion was X5 Retail Group, which came out in plus by 31.4 billion rubles.

7. The most profitable companies from the list this year unexpectedly turned out to be representatives of the fishing industry with a fantastic indicator of 70%: Kuril Universal Complex with revenues of 5.6 billion rubles. received in 2017 a profit of almost 4 billion rubles, and the Murmansk "Arktikservice" with revenue of 6.2 billion rubles. - profit of 4.3 billion rubles. Only the oil company MNKT from Tatarstan can compete with the "fishermen" - its profitability was about 40%. The average profitability of the top 50 is 5.5%, slightly lower than last year's 5.7%. The most profitable of the industries thanks to the leaders - "Agriculture and Food".

8. The rating of fast-growing companies remains the most dynamic

in the family of RBC ratings: its composition changes annually by at least 70%. And this year, the top 50 turned out to be a record-breaking new one: only seven companies retained their registration compared to last year's list of growth champions. Moreover, only one of them managed to improve its positions - the Krasnoe & Beloe network distinguished itself, which rose from the 20th line to the eighth.

9. Another record of "Red & White": the company of the Chelyabinsk businessman Sergei Studennikov is the only participant in the five successive ratings of growth champions. The closest pursuers - the VkusVill, Familia and Lenta chains - are in the top 50 for only the third time.

10. In the sectoral section, the distribution of revenue this time is strongly biased towards the retail trade - the representatives of the trade sector, as in the previous year, accounted for more than 50% of the total income of the rating participants. In terms of the number of delegates from the industry, retail shares the palm with pharmaceuticals - both sectors have nine residents on the list.

At the first stage, we formed a long list of applicants from the SPARK database, from the ratings of fast-growing companies and RBC 500 for the current and previous years, as well as from the research of analysts from INFOLine-Analytica.

All firms on the long list meet a number of criteria. The legal registration of the company took place no later than the end of 2013, at the moment the company is not in the process of liquidation or reorganization. The company's revenue exceeds 1 billion rubles. at the end of 2014 and 3 billion rubles. by the end of 2016. The indicator has grown annually over the past three years by at least 20% (there are three exceptions to this rule in the 2018 ranking - see the notes for details). The business that the company conducts should be clear and transparent, there should be enough information about the company in open sources. The sample excludes financial companies, state holdings and their subsidiaries, as well as companies in which state-controlled structures are the largest shareholders.

When preparing the rating, we gave priority to the consolidated statements of the parent company, which took into account the financial indicators of both the parent structure and subsidiaries. If there are no consolidated financial statements, we took unconsolidated data from the parent company or data from the largest operating structure of the holding. When calculating the rating, priority was given to reporting under IFRS and US GAAP, in the absence of such, reporting under RAS was used.

At the second stage of compiling the rating, the final score was calculated - the growth rate (KR) for all companies participating in the long list. The need to introduce the coefficient is due to the difference in the scale of the business: the dynamics of revenue growth from 1 billion to 5 billion rubles. and from 20 billion to 50 billion rubles. should have different weights.

At the final stage, long-list companies are ranked by growth rate. The final score is multiplied by 10 for ease of presentation.