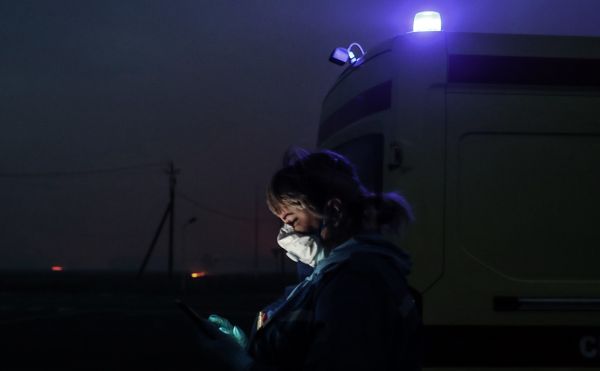 If this helps in the fight against coronavirus, most Russians are ready to voluntarily give their personal data to the state. But only 54% found it acceptable to collect data for digital passes

Most Russians consider it permissible for the state to collect information about the contacts of citizens to identify potentially infected with coronavirus, as well as the use of a face recognition algorithm by law enforcement agencies to ensure security. This was the answer, respectively, of 66 and 76% of the respondents, according to a joint study by the Russian Venture Company (RVC) and the Institute of National Projects, devoted to the study of socio-cultural factors of innovative development in Russia (RBC has the document).

Later, the study with these data was presented at the Open Innovations forum by the dean of the Faculty of Economics of Moscow State University, Alexander Auzan.

But only 54% of those surveyed recognized the collection of personal data to issue digital passes during an epidemic to control the movement of citizens as permissible. 55% of respondents believe that Russians themselves should choose what data the state can have access to, even if this limits the ability to ensure public safety.

Moreover, only 30% of Russians believe that the data collected by the state is protected. Young people between the ages of 18 and 22 are more likely to be convinced of this, and the most “distrustful” age group is people of 46–60. The more educated a person is, the less often he believes that his data is protected: 43% of people with incomplete secondary education and 28% with higher education think so. Only 23% of people who have enough money for food believe that their data is protected, and among the richest, 41% already.

On April 15, in Moscow and the Moscow region, a system of digital passes was introduced: when leaving the street, one had to register in a special application and indicate the reason for leaving the house. Already on May 11, the access regime was canceled in Moscow, and a little later in the Moscow region. However, due to the increase in infections since October 15, the Moscow authorities announced new rules for visiting clubs and bars. Their visitors must scan a special QR code at the entrance or send an SMS to the number 7377 - if some of the visitors of the institution are subsequently identified with COVID-19, everyone who was with him at the same time in the same place will be informed about the threat of infection and will be offered a test for coronavirus.

How the attitude of Russians to technology has changed during the coronavirus epidemic - in the material of RBC.

RVC and the Institute of National Projects conducted telephone surveys of more than 3 thousand people in Moscow, the Nizhny Novgorod and Tomsk regions, the Perm Territory and the Republic of Buryatia in July and August this year, as well as interviews with experts in the field of regional and innovative development, technology entrepreneurs.

Some technologies have become more trusted

43% of respondents agreed that the coronavirus pandemic and the period of self-isolation have increased their willingness to use new technologies. In the course of the survey, 24% of respondents said that they began to better relate to remote consultations with a doctor through a special program on a computer or phone, 23% - to distance learning for schoolchildren, 20% - to devices that measure health status and automatically transmit data to a doctor. 8% of respondents said they have improved their attitude towards medical diagnosis using artificial intelligence, without the participation of a doctor.

More than 20% of employees became more anxious at a distance

In general, 55% of respondents have a positive attitude towards robots and artificial intelligence. The only technology that Russians have begun to regard less well is the implantation of a computer chip connected to the brain to restore hearing acuity. In 2018, 37% were calm or completely calm about this technology, and in 2020 - only 26%.

Moreover, those who were transferred to a remote mode of work or study declare an improvement in their attitude to technology more often than others (56 versus 43%). The presence of school-age children played a significant role in the attitude to distance learning of schoolchildren: among respondents from such families, 29% began to relate better to distance learning, and among the rest - 20%.

Russians are confident in the domestic vaccine

Half of the respondents said they would "rather calmly" or "absolutely calmly" feel themselves when vaccinated against a coronavirus with a Russian-made vaccine, while only 31% would be calm with a foreign-made vaccine. The main factor influencing a more positive attitude to the Russian vaccine than to the foreign one is age: the older the respondent, the better he relates to the domestic product.

In mid-August, Russian President Vladimir Putin announcedregistration of the first Russian vaccine against coronavirus "Sputnik-V", created by the National Research Center for Epidemiology and Microbiology. N.F. Gamalei. Now it is undergoing the third, final stage of clinical trials, in which almost 40 thousand volunteers are planned to participate. The vaccine has already entered the civilian market. In mid-October, the registration of the second vaccine - "EpiVacCorona", developed by the Novosibirsk center "Vector" was announced.