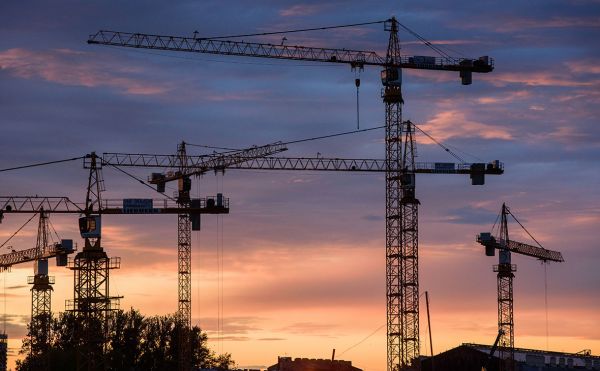 By the end of the year, Samolet Group plans to hold an IPO on the Moscow Stock Exchange, offering investors 5% of the company. In the future, the share of shares in free float is planned to be increased to 30-40%

The Samolet development group plans to list its shares on the Moscow Exchange in the fourth quarter of 2020, the issuer said in a statement. It is assumed that the stake after the free float will be 5%. The money received from the sale of shares will be used to purchase new sites and finance the start of construction of projects already included in the portfolio.

The global coordinator of the placement is VTB Capital.

The medium-term task of "Samolet" in the status of a public company will be to bring the share of shares in free float to 30-40%, the words of the general director of the group Anton Elistratov are quoted in the message.

Now the shareholdings of the parent PJSC Samolet Group of Companies are distributed as follows: the chairman of the board of directors Pavel Golubkov owns 47.5%, Mikhail Kenin - 37.5%, the former general director of the group Igor Yevtushevsky - 10%, another 5% belongs to the management. The group's partner in several projects is Maxim Vorobyov, brother of the Moscow Region Governor Andrei Vorobyov. In particular, he owns a share in the company "Airplane two capitals". Earlier, the group reported that Maxim Vorobyov is not involved in projects in the Moscow Region.

How the group will go public

Part of their shares will be sold by Kenin (1%), Yevtushevsky (0.5%) and the company acting in the interests of Golubkov (3.6%). But they will be redeemed by another structure of the latter, which will act as the selling shareholder during the IPO.

In total, within the framework of the new issue, the company can place up to 50 million new shares, which will amount to 45.45% of the increased capital of the company. But, as specified in "Samolet", during the IPO, the share capital is planned to increase by only 2.6%. And all this additional issue will be bought by Golubkov's structure.

In the purchase of additional shares, Golubkov's company is investing funds received as a result of the sale of 2.5% of shares during the IPO, the message says. As a result, half of the money from the placement will be received by the shareholders who sold the shares, and half will return to Airplane.

The plans to hold an IPO were first announced by Samolet's management back in 2016. The company came close to placing two years ago, but then it did not take place. In 2018, Samolet carried out an appraisal of its shares, the whole company was then valued at 81.9 billion rubles.

What is "Airplane" known for

The value of all assets of the Samoleta group, according to Cushman & Wakefield, reaches 200.1 billion rubles, of which 176.9 billion rubles. - the cost of the land portfolio. It includes plots owned by the group on the basis of ownership, lease and preliminary non-binding agreements, and exceeds 15 million square meters. m, of which about 30% are under construction, the group itself specifies.

Now "Airplane", according to the unified information system of housing construction, is building 1.26 million square meters. m of housing in Moscow and the Moscow region. The Group also sells apartments in a residential complex that has already been commissioned in the Leningrad Region.

Which of the developers is already listed on the exchange

“Airplane” and excluding the projects of “St. Petersburg Renovation” is one of the five largest developers in terms of housing construction.

Of the four companies that are larger in terms of this indicator, only the St. Petersburg Setl Group is not public. Shares of PIK, LSR and Ingrad are listed on the Moscow Exchange. In addition, Etalon Group, the tenth largest developer in terms of construction volume, whose global depositary receipts are also available on the Moscow Exchange, is represented on the London Financial Exchange.

Inteko also announced plans to hold an IPO after 2023. According to Inteko's strategy, by 2023, excluding debt, it will cost at least 30-35 billion rubles.

The best among developers this year were the shares of the PIK group: since the beginning of the year, its capitalization has grown by 47%, to 387.7 billion rubles. LSR shares showed growth by almost 14%, Ingrad - by almost 17%. Etalon shares fell 14%.

Residential real estate market in the capital region It is not going through a favorable period - sales volumes and sales prices are steadily growing, says Sayan Tsyrenov, director of real estate transactions support at PwC's Russian office. Tsyrenov calls the 6.5% subsidized mortgage program, which was launched in the spring, as the main driver of market growth: "The time for the IPO is quite good, given that the mortgage rate subsidy program will be extended, which will provide good performance for residential developers for about another year."